This recipe was demonstrated for CUESA’s Market to Table program on January 9, 2016.

To make the dumpling wrappers: Bring the water to a boil. Meanwhile, pour the flour into a mixing bowl. Slowly pour the boiling water over the flour in a circular motion and gently mix in with chopsticks or a whisk (not with your hands—it’s hot!). Once the dough cools down enough to handle it, knead the dough with both hands until it is smooth and does not stick to your hands or the bowl. Lightly dust the dough with flour, cover, and set it aside to rest. After 20-30 minutes, roll the dough into a long cylinder, about the diameter of a wine cork. Cut the dough into small pieces, 5-7 grams each. Dusting with a bit of flour if the dough gets sticky, roll each piece into a ball, then flatten it with a rolling pin into a 3½-inch disc. Set aside, covered with plastic or a cloth, until ready to assemble the dumplings.

To make the soup base: Dissolve the miso into the water and bring it to a boil in a large soup pot. Turn off the heat and add the bonito flakes. Let the broth sit for 5 minutes, uncovered. Strain the broth through a mesh strainer and press on the bonito flakes to extract as much flavor as possible before discarding them.

To make the shrimp filling: Peel and devein the shrimp, wash them in cool water and pat them dry. Smash the shrimp with the side of a cleaver or knife blade, then chop them roughly. Place the chopped shrimp in a mixing bowl and add the rest of the filling ingredients, mixing thoroughly.

To make the dumplings: Bring a medium-large pot of water to a boil. Place 12-15 grams of filling into each dough disc. Fold over, press any air bubbles out, and seal the dumplings. Place the dumplings into the boiling water and cook for 2 ½ minutes. Strain them, toss them with a bit of oil to prevent sticking, and set aside (for optimal texture, no more than 10 minutes).

To finish: Reheat the broth to a simmer over medium heat and add the radish, carrot, mushroom, and tofu. Cook until the vegetables are the consistency you prefer. Be careful not to cook too long or the soup will reduce too much and taste salty. Add the mizuna or tatsoi and the cooked dumplings to the soup and serve immediately, ladled into a bowl and garnished with the scallions or chives. 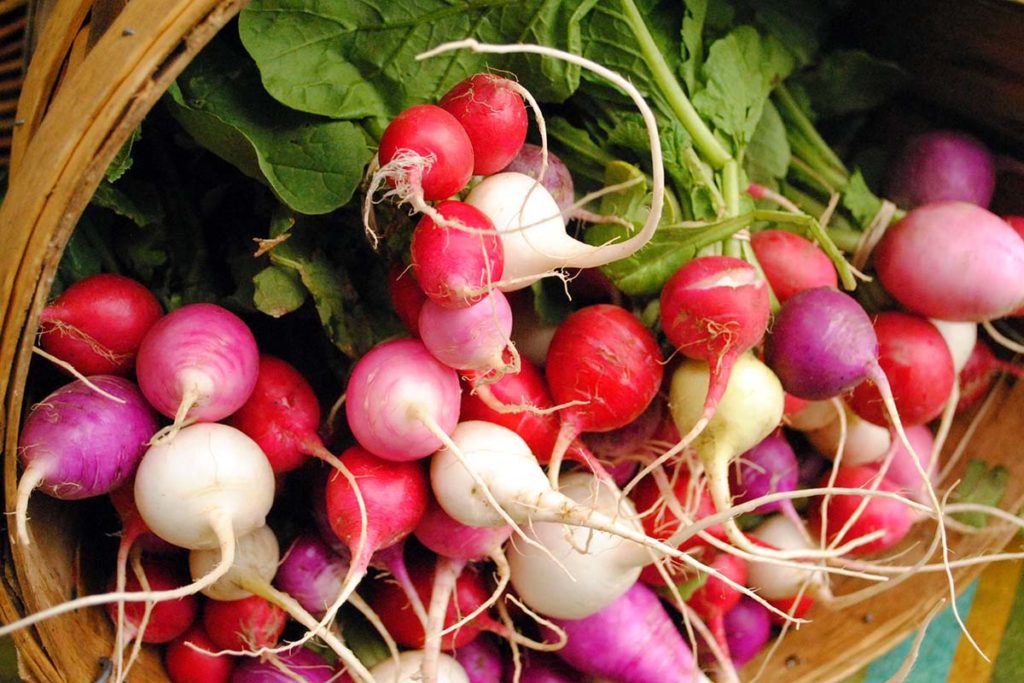