Pickling cucumbers look like the cartoon version of cucumbers: They’re slightly curved with bumps along their sides. Look for firm cucumbers from the farmers market that haven’t yet started to wrinkle. Be sure to wash them, but don’t use soap, which could remove any beneficial microbes that will help the vegetables ferment. For more specifics, see our video.

Have a clean 1 qt [960 ml] widemouthed mason jar ready, with an airlock and a band to secure the airlock in place.

Trim the blossom end of the cucumbers (usually the dot on the narrower, darker end) to get rid of enzymes that cause cucumbers to soften as they ferment. Arrange as many cucumbers as you can to stand up in the container. Slice any remaining cucumbers in half and stack them on top of the whole cucumbers to fit in the jar, pressing them below the shoulder of the jar. Add the garlic and dill, pressing the ingredients along the sides of the jar.

In a liquid measuring cup, stir the water and salt together until the salt dissolves. Pour the brine over the cucumbers. (It’s okay if you  have extra. If you need more brine, mix ½ cup [120 ml] water with 1 tsp salt and pour it in.) Top the cucumbers with a few stacked lids or a resealable plastic bag filled with extra brine to keep them submerged. Place the airlock on top and secure it to the jar with the band.

Store in a cool area (between 60 and 75F  [15 and 24C]) for 3 to 5 days, or until the cucumbers taste like pickles. By the third day, the brine will have turned cloudy and the cucumbers will look army-green. You may also see tiny bubbles rising to the top of the brine. Sediment may form at the base of the jar; that’s perfectly okay. For a more sour pickle, let the cucumbers continue to ferment, checking them and burping the jar daily, for up to 2 weeks.

To store, replace the airlock with a regular lid and refrigerate the jar. The pickles keep, refrig-erated, for up to 6 months. 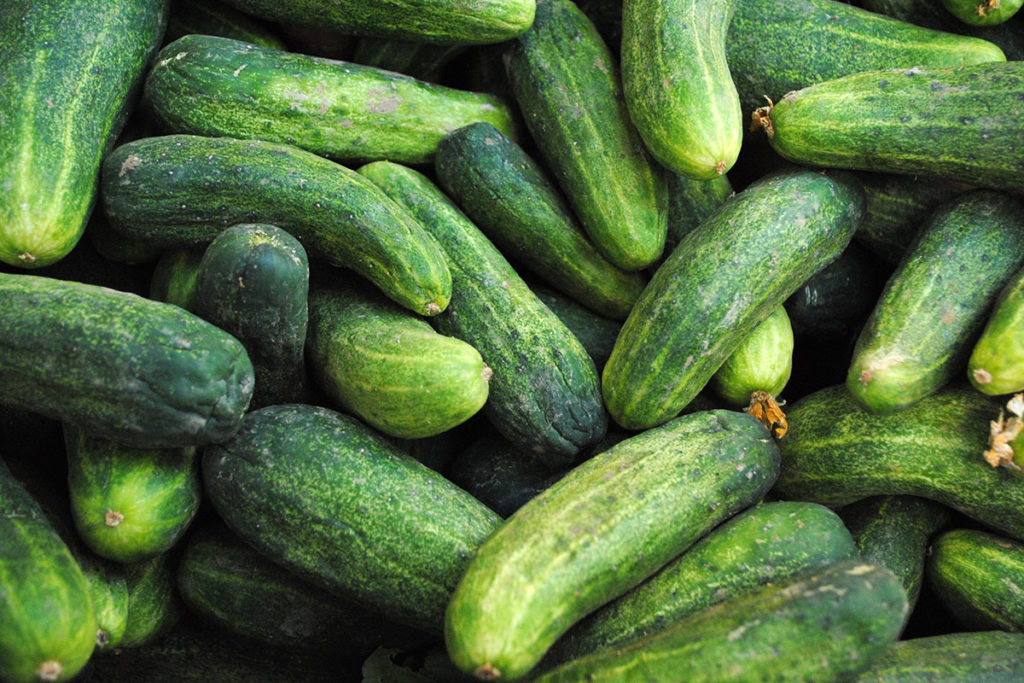