This recipe was demonstrated for CUESA’s Market to Table program on August 23, 2014.

Serves 4 to 6 each as an appetizer

1.    Clean the anchovies by opening them like a book. Debone them one at a time by putting them on a cutting board belly side down and pressing along the backbone with your thumb, then turn them over and remove the bones by snipping them with scissors at the tail end and pulling away from the body. Arrange them skin side down in a shallow dish.

2.    Finely chop the parsley and garlic together and place in a small bowl. Add the lemon juice and colatura to taste. The colatura is concentrated in flavor, so add a little at a time to achieve a nice balance of acid and salt. Pour the mixture over the fish, cover with plastic, and marinate in the refrigerator for a few hours.

3.    Preheat the oven to 350°F. Drizzle the bread slices with olive oil, place them on a wire rack inside a half sheet pan, and toast until golden, about 10 minutes.

4.    Place a few slices of tomato and a few marinated anchovy fillets on each toasted slice of bread, drizzle with olive oil, sprinkle with sea salt, and serve.

2.    Combine onion, capers, garlic, and pepper flakes in a bowl and mix.

3.    Season the fresh peppers with salt and toss them with enough olive oil to coat them. Spread the peppers out on a half sheet pan, sprinkle the onion-caper-garlic mixture over the top and roast in the oven for 8 to 10 minutes, or until the edges of the peppers get slightly crispy and brown. Remove the peppers from the oven and place them in a bowl. Add the red wine vinegar, chopped parsley, oregano and a little more olive oil. Toss until coated and adjust the seasoning with salt if needed.

4.    Lower the oven temperature to 350°F. Drizzle the bread with olive oil, transfer to a wire rack set inside a half sheet pan, and toast until golden, about 10 minutes.

5.    Divide the burrata into as many portions as you have pieces of toast. Spoon the burrata onto the toast and spread it out to the edges. Season the burrata with salt, add the marinated peppers, and serve.

1.    Cut the figs into quarters and place in a mixing bowl. Add the corn, shallot, thyme leaves, vinegar, and olive oil, and season with salt and pepper.

2.   Preheat the oven to 350°F. Drizzle the bread with olive oil, transfer to a wire rack set inside a half sheet pan, and toast until golden, about 10 minutes.

3.    Top the toasted bread with the corn and fig mixture. Garnish with shaved pecorino cheese and serve. 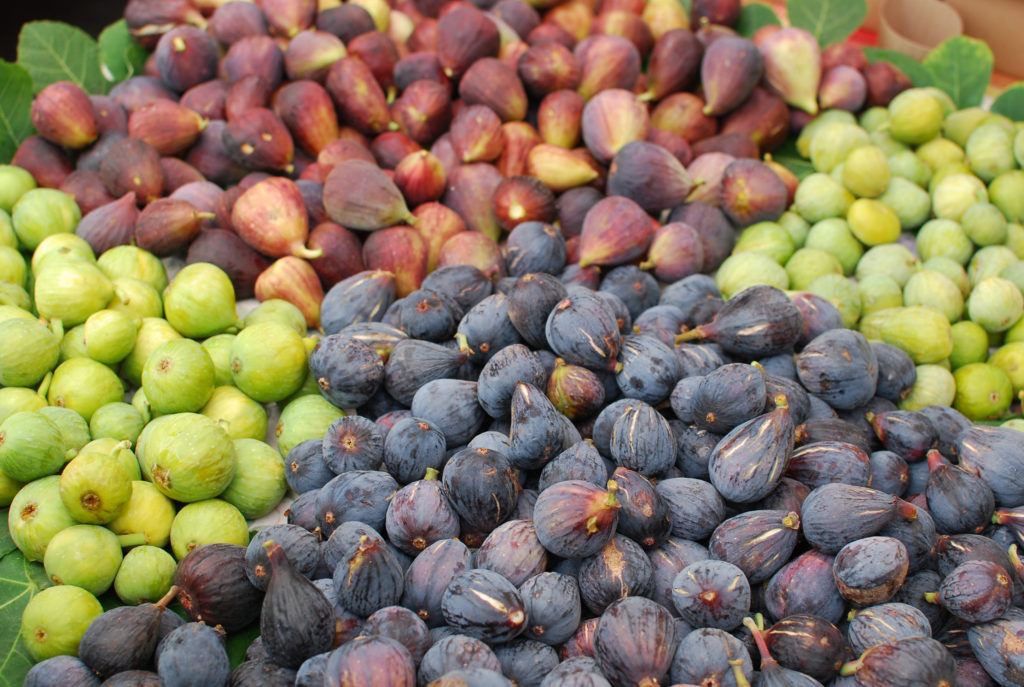