We’re sad to share that Tacolicious has decided that they will not be returning to the Ferry Plaza Farmers Market, as they are focusing their energies on their brick-and-mortar restaurants, including a new outpost in Manhattan Beach.

Launched in July of 2009, Tacolicious was born at the Thursday Ferry Plaza Farmers Market, and since then, has flourished into four restaurant locations. In addition to being a mainstay at our Thursday market since its launch, Tacolicious has been a generous supporter of CUESA’s education programs, hosting the annual Guest Chef Series. Through this much-loved event, Tacolicious enlisted star chefs to create signature tacos, raising $50,000 for our youth programs like Foodwise Teens over the years.

“When we launched the new Thursday market at the Ferry Building 11 years ago, none of us really knew what to expect,” says Lulu Meyer, CUESA’s Director of Operations. “From day one Joe, Sara, and the entire Tacolicious team brought their enthusiasm and positive energy and were an integral part of making that market successful. They have been so incredibly generous with their time, talents, and energy over the years and I can’t thank them enough for that. This is an uncertain time for everyone, and I hope that through this new challenge they can sustain the spirit they brought to the first day at our markets and grow ever stronger. A heartfelt thanks to the entire Tacolicious family!”

We are deeply grateful to the T-lish team for their many years of support, partnership, and tasty tacos, and we wish them the best. Founders Sara Deseran and Joe Hargrave shared this farewell message:

Tacolicious was born over 10 years ago in the swirl of a foggy summer at the Ferry Plaza Farmers Market. Ten-plus years later it remains something Joe and I are incredibly proud of. Having your restaurant’s birthplace be one of the world’s most famous markets is like having a celebrity for a mom.

The beginning of 2009 was downright heartbreaking. Laiola, Joe’s excellent Spanish restaurant, was in a tailspin due to the economic recession. There were a lot of 5 am tears. But, as I keep telling all of our unseasoned (cough, younger) Tacolicious employees wringing their hands over 2020, “Just you watch. Wildfires bear wild flowers. Good things can come of hardship.”

For us, it was the day Lulu called up Joe and asked if Laiola would consider doing a stand at the new Tuesday market. White tablecloths were being tossed with abandon and scrappy food trucks were revving up. Street food was trending—if something age-old can trend—and Lulu wanted to do a market celebrating this kind of eating, the best kind.

Joe and I just happened to be in Mexico when she called. And we just happened to be doing some taco scheming because, well, we love tacos. So Joe asked the obvious question: Could he serve tacos instead of say, bocadillos de jamón? The good thing about economic downturns is that the rigidity that accompanies prosperity and order is replaced with creativity and a willingness to gamble. More “Sure, why the hell not’s?” and less “Are you nuts?” Which is my theory as to why Lulu gave the green light to pivot to carnitas. It’s probably also why we landed on the dorky name Tacolicious, something we hoped would make clear we weren’t taking ourselves too seriously—that a gringo was behind this cultural appreciation.

The first day, Joe tried to do carne asada and it was a total disaster because the lines turned out to be long. The next week, he came back with a better plan: Guisados, or stews, ready to go and easy to spoon quickly into a La Palma tortilla. In the kitchen of Laiola he had braised short ribs with guajillo chiles (still a signature) and pork with tequila and beer. We had three salsas—the same trio we still serve today—in squeeze bottles labeled with masking tape. And every time we returned to the market we needed a few more people to help. Soon we were doing better business at the market than Laiola, which is saying something.

Six months later in January 2010, after some Taco Tuesday nights at Laiola for practice, Joe decided to close Laiola and open Tacolicious as a full-service, cocktailcentric restaurant. Sit-down taco restaurants weren’t a thing then and his idea had our investors scratching their heads. But while San Francisco was rich in taquerias, there was one thing it was short on—a place to sit down and have a margarita. Or three. Turned out Joe was on to something.

Since then, Tacolicious has grown to have multiple restaurants, including our first SoCal location based in Manhattan Beach, which was set to open the day SiP was initiated and finally got to open in July for outdoor dining. Just like 2009, we could never have fathomed we’d be opening a business in the Upside Down. But I have to continue to believe my own theory on wildfires. If restaurants—and certainly all our cohorts in small business—can just hold on, 2021 will be the start of something special. And if a restaurant with a crazy idea is as lucky as we were to have someone believe in them, some might even be born of it.

Though it’s time for us to leave the nest, we will miss the market like crazy. The only thing it didn’t allow us to serve is pandemic-anxiety quelling tequila. Which should be the only impetus you need to come see us at our Mission, Marina, Palo Alto—and now LA—locations!

With much love and gratitude to all the CUESA team,

Stay in touch with Tacolicious and find out about takeout, delivery, and outdoor dining at tacolicious.com. 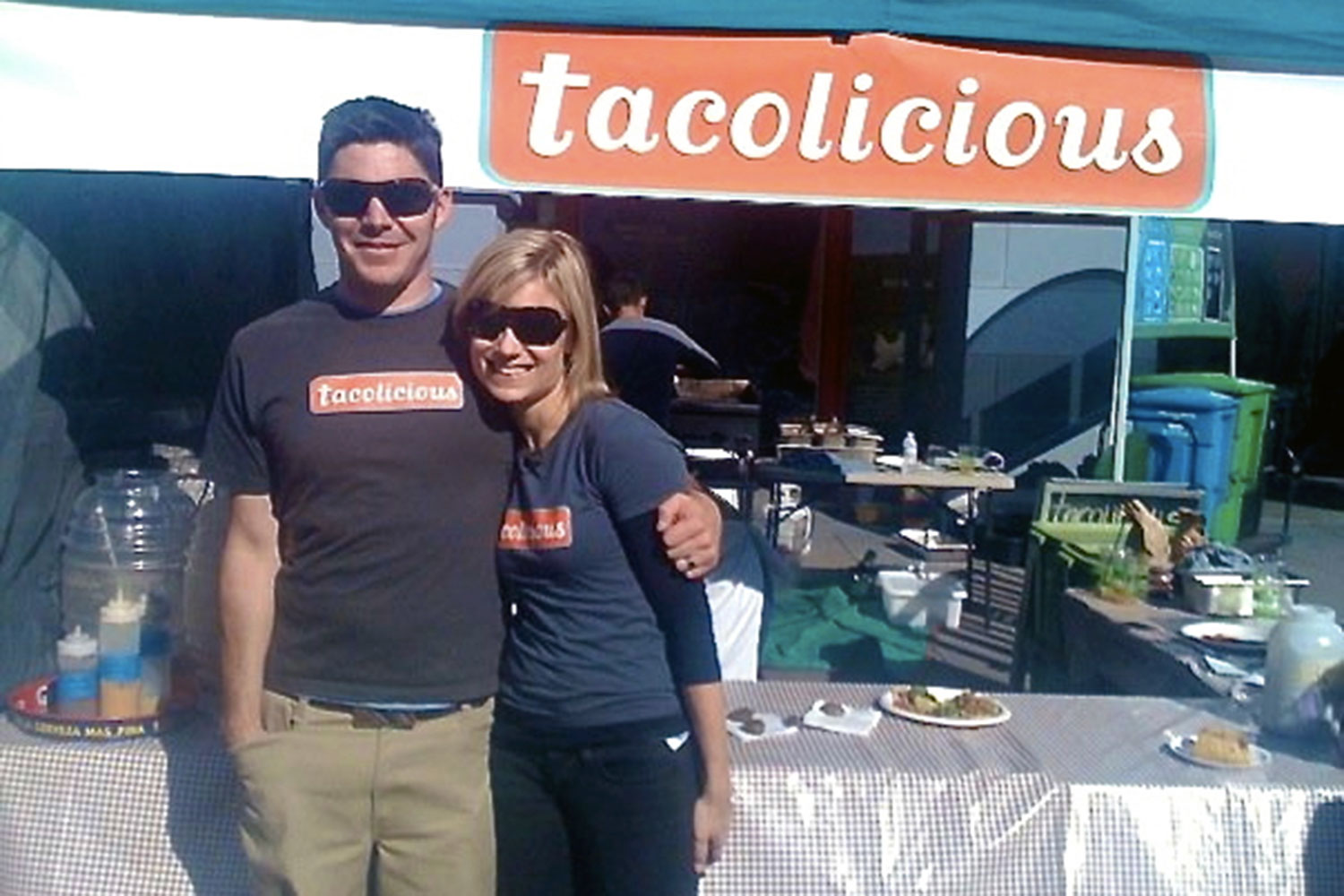